Don’t Forget to Update Your Task Scripts When Upgrading EPDM

In recent releases of SOLIDWORKS Enterprise PDM, there have been some nice improvements in the Task add-in functionality. Most EPDM administrators remember to update the add-in itself, but not the scripts that are used in the tasks for the add-in.

In most cases this is not enough to get the full benefit of the upgrade. In addition to the Task being upgraded, you will want to ensure that the script used in the task is updated also. This does not happen automatically when you upgrade the Task add-in.

To verify the version of the script, open the Task, select "Output File Details", and select "Advanced Scripting Options". Somewhere around the release of EPDM 2014 SP3 or SP4, the SOLIDWORKS Developers started adding comments to explain which SPRs were addressed in the new script. This is extremely useful when determining if an issue that you have been encountering has been address and to also determine if the script has been updated. To update your existing scripts, you will want to first follow the best practice of not using the "Convert" or "Print" default Tasks in production. Rather, use them as a starting point to update your production tasks.

Next, update the default scripts by opening them from their default location in "C:\Program Files\SolidWorks Enterprise PDM\Default Data\" and selecting the "Convert_gb.cex" or "Print_gb.cex" (if you are English speaking like me). Once opened in the EPDM Administration tool you can select the Task and drag it to the Tasks node in the Admin tool. Once imported, you can go to the script, copy it, and paste it to your existing Tasks.

Please note, for additional information on this process or if you have modified the default scripts you will need to follow the instructions found in SOLIDWORKS Knowledge Base article,S-065824 found on the customer portal. 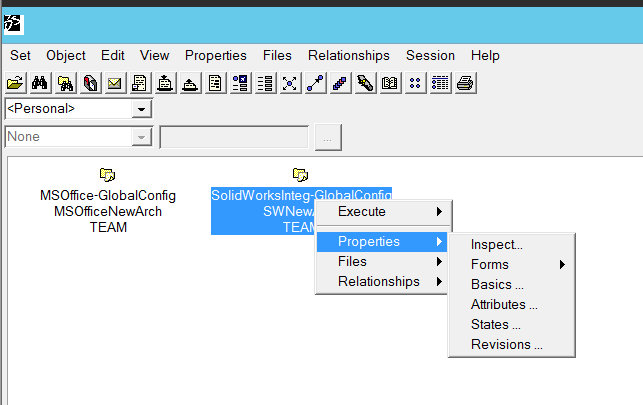