For those that may not have known, Dassault Systemes held their annual Value Solutions Sales Convention of the Americas last week in Miami Florida. The InFlow Technology Team had the pleasure of attending this year’s conference and the opportunity to see what’s new inside of ENOVIA for 2015. Over the course of the next few weeks, I will write a series of blogs with the new improvements of 2015x versus 2014x. The majority of improvements this year mainly reside in the background, upgrading performance and capability behind the scenes. So for the first few parts of this series I’d like to focus on the improvements we can see in the UI, mainly the SolidWorks Connector for ENOVIA. Below are a few of the new improvements, enjoy!

In past versions of ENOVIA, users were able to check in/out assemblies whether or not they were incomplete. In 2015x, the Administrator now has the ability to allow of prevent the check-out, check-in, and retrieval of incomplete assemblies.

A new feature has now been added to the Command Manager in SolidWorks under the 3DEXPERIENCE tab. Until now, users who chose to use the check in option in the Command Manager could only check in one active screen at a time. This meant that if the user had multiple parts open from different assemblies, they would have to click on every open window one at a time and check them in individually. With the new addiction of the Check In All option, the user can now check in all open windows in SolidWorks at once. Be careful though, you may have some parts open in a window stacked under many others that you may not want to check in.

Another new feature the DS added for 2015 is the capability to localize the card editor. With this feature, Administrators can now select card languages based on location of the user. No more miscommunication for global companies now! Administrators are also capable of changing specific words and their tie to the original attribute (as it may be called something different in that language).

Before upgrading to SolidWorks EPDM 2014 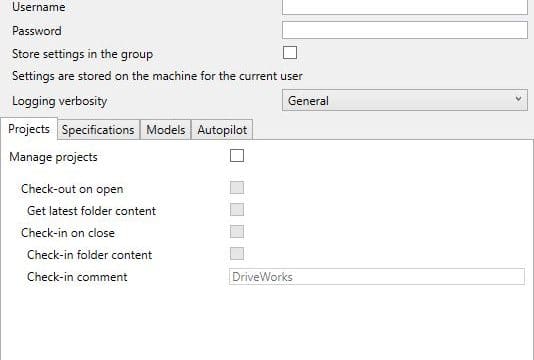 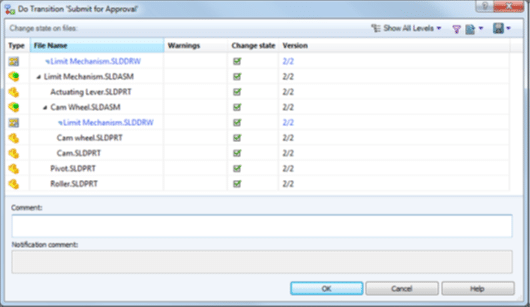